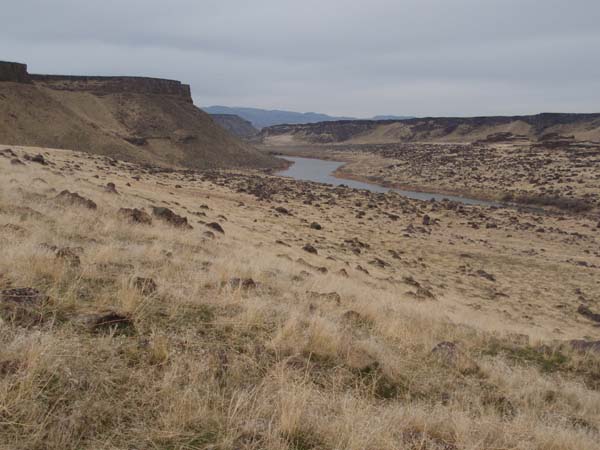 We went out on foot and scouted the Whiskey Traverse, a spectacular stretch of trail alongside the Snake river for a mile below the cliffs, among boulders. It was a pretty technical trail which was used during the 2010 Fandango 80 and 100 miler.

We checked to make sure there are clear paths around the boulders, and we found clear detours around any sketchy spots.

The only thing that would prevent us using it this year, besides a sudden 10,000-year flood which would deposit new boulders along the river, would be if the Snake River rises over the one spot of the trail that drops right down beside the river for about 20 feet. In this case, Steph would cut out this part of the trail and just include the Petroglyphs loop (which is not too shabby itself), and add the mileage on somewhere else. 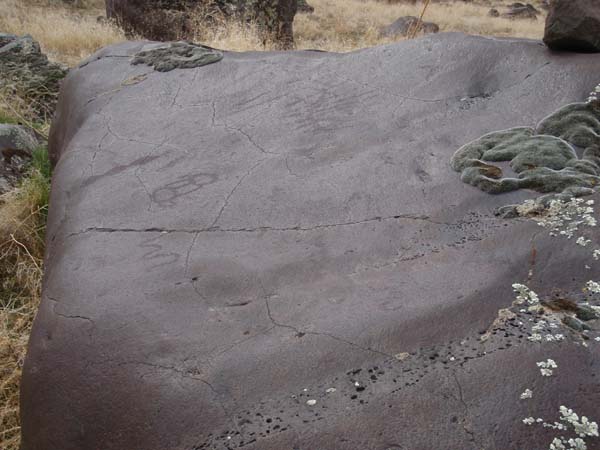 So, the Good Lord willing and the Crick Don't Rise, the Whiskey Traverse will be part of the Owyhee Fandango 80 and 100 mile rides.

Posted by The Equestrian Vagabond at 12:12 PM

Oh man do these posts make me want to pack up my bags and head out there for the ride!! If only it wasn't clear across the country from New Jersey. One day I will make it out there, one day!