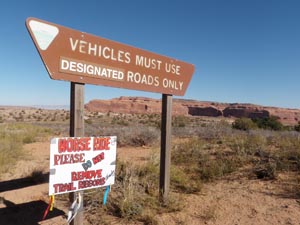 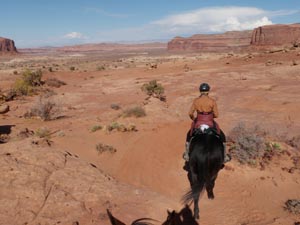 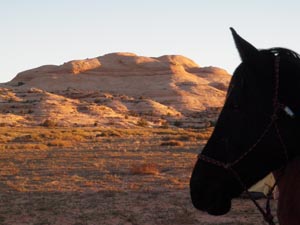 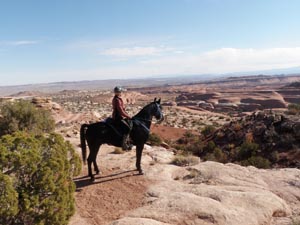 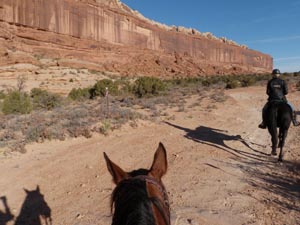 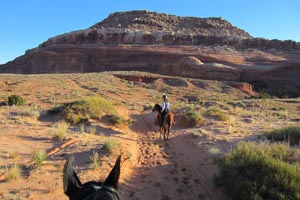 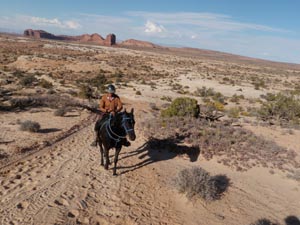 Posted by The Equestrian Vagabond at 12:48 PM No comments: Canadians Barb and Grant going out on their last loop: Day 1

Flash floods, government shutdown - the rides must go on. And they did!

Federal BLM land closures didn't occur, but the awesome power of an unprecedented amount of rainfall on September 12th, (one measurement recorded 1 7/8" in 45 minutes) which completely rearranged parts of the Owyhee desert, scuttled the new trail plans for the new 3-day Owyhee Harvest Moon pioneer endurance ride October 11-13. Ride managers Steph Teeter and Regina Rose had to rearrange plans to include usable trails in a limited area. and the Birds of Prey Badlands… but each day the loops were done in opposite directions, which, in this desert country, makes for completely different scenery. The remains of the floods were in evidence in highway-like washes and along the Snake River. The turnout was low, making for a rather sad-looking ridecamp, but that didn't make a difference to those who showed up to ride.

Nine started and 8 finished the 25 miler, with Hayley White and Midnight winning, and 2nd place MJ Jackson and Kruze winning BC.

Four horses and riders completed all 3 days of the pioneer ride, with Lee Pearce and Fire Mt Malabar placing first overall. It was their first 3-day ride together, with Malabar crossing his 4300 AERC milepost.


Posted by The Equestrian Vagabond at 8:56 AM No comments: