Owyhee Canyonlands: Seaweed in the Desert One of the traditions at the Owyhee Canyonlands is the visit from Barb and Grant from Canada. Barb has a little story of her own of the event:

Yes!  Grant and I upped the ante at the Canyonlands ride this year!  We brought seaweed to the "stop and eat" hold on Day 3.

We were going into town on Day 2, and Steph asked us to stop at Costco to pick up some things.  I had told her that the cheese and cracker snack packages for the riders just weren't cutting it! and also that we needed to have more people-water and perhaps lemonade for the riders on these really hot holds. The temperatures just kept going up! So we found some really nice fruit and nut bars, and sweet and salty bars, and then saw the seaweed.

When we got back to Ridecamp, we decided to pull a joke on Steph and show her the seaweed and get a photo of her reaction.  It was well worth it! 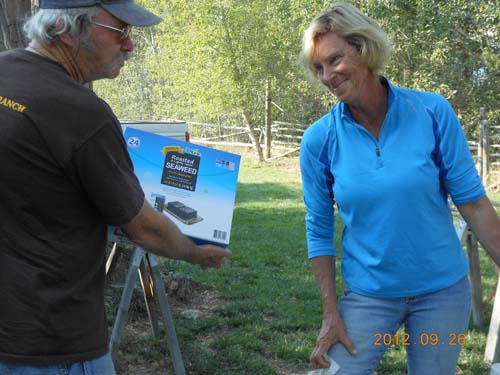 Grant showing her what we got! Photo 3:  Steph, after we showed her the rest of the stuff!!

Everyone who went through the stop and go the next day was offered all of the 'treats' we had.  The seaweed was a hit!  As was the iced lemonade we rationed out for all the 25's and 50's!  Sorry guys!  We had to make it stretch!

Photo up top: Me and "Krusty"

Posted by The Equestrian Vagabond at 8:39 AM No comments: 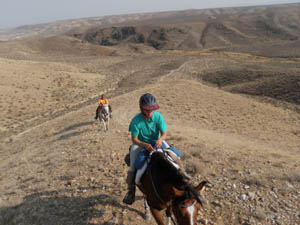 Long-time Owyhee endurance rider Tom Noll put it best: we have a good Tribe here. Through the good and the bad, the highs and the lows. we're one pretty special family who keeps coming back to ride here in Owyhee.

It's always been a good group of dedicated people - locals and foreigners - who show up year after year, camping together, riding the spectacular mountain and canyon trails of the Owyhee high desert, sharing meals, helping each other out, cheering for the finishers.

The Owyhee Canyonlands has been graced with some of the highest-mileage riders of the sport over the years. Several of them are from the Pacific Northwest: 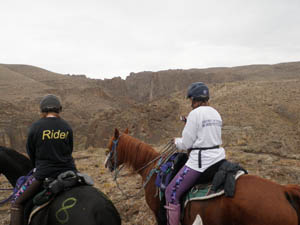 • Karen Bumgarner (22,000+ miles) rode one day in 2001 and was pulled; this year, she and her horse Z Summer Thunder finished all 5 days of the ride for the third time in a row, and got overall Best Condition. 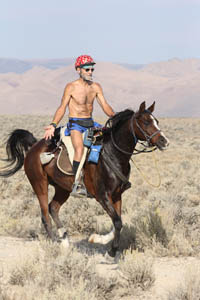 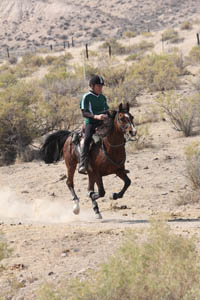 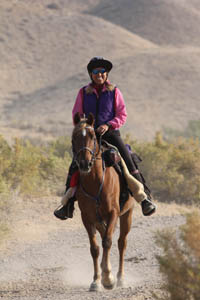 Several other riders of note: 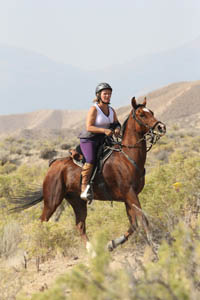 • Cynthia Peticolas-Stroud (10,000+ miles) rode in 2001, and rode this year with daughter Tonya and granddaughter Makayla, a junior. • Leonard Liesens of Belgium rode Steph's horse Rhett in 2001. Leonard returned this year, finishing beside his girlfriend Caroll Gatellier, who rode Rhett 2 days - Rhett is now 22 years old and has 6000+ miles! (and he won and got Best Condition on the LD one day!) The day that Calli, the youngest rider took to the trail, so did Dot Wiggins, the oldest rider, at 82 years. Even if you don't feel like riding a 50-mile or a Limited Distance ride, the Owyhee Canyonlands is happy to have you come enjoy the trails on a trail ride (there were approximately 26 trail riders over the 5 days), or The Owyhee Canyonlands may become fewer and far between now: it may happen every other year, or with fewer days. But the legends - those made and those in the making - will ride on in the autumn in the Owyhee desert. No matter your riding (or running) preference, you'll find yourself welcome here. It's never too late to start your own legend with this great Owyhee Tribe.

Posted by The Equestrian Vagabond at 9:14 AM No comments: