The Owyhee Parade: Coming to You 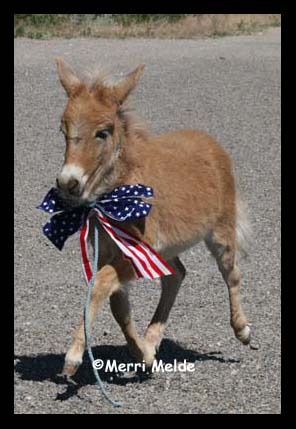 "People in Owyhee don't go to Parades; here the Parades come to them!" said neighbor Linda, who brought the Owyhee Menagerie Parade to visit the homesteads on the crick for the Fourth of July. 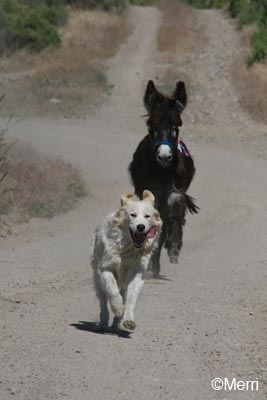 Holler is all dressed up. 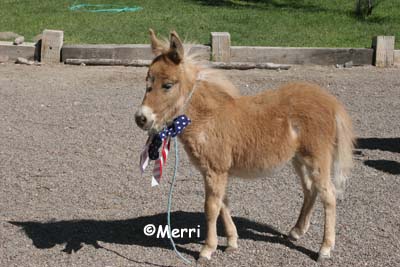 Our horses are not used to Fourth of July Parades! 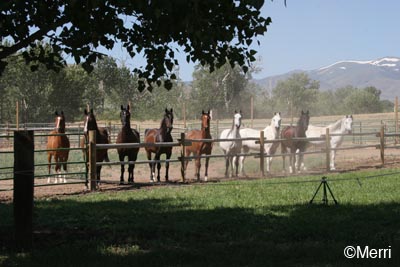 They are especially not used to a flag waving hairy donkey and her Goat Dog pal! 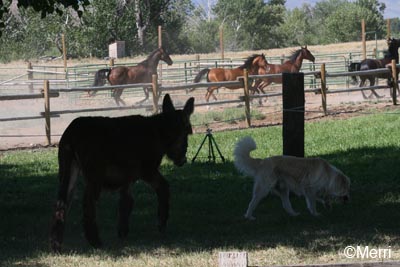 On to the next house. 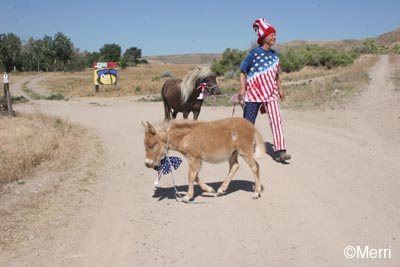 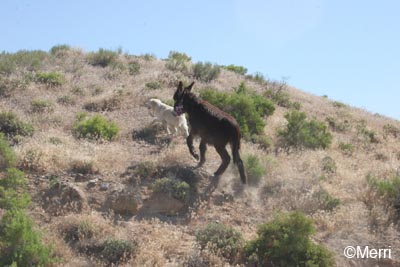 Everybody loves a Parade, even the animals putting it on! 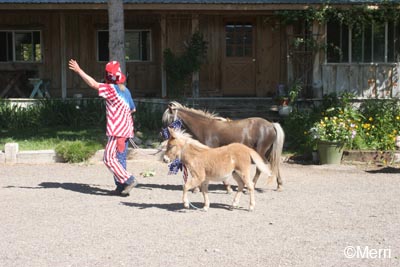 Off the Owyhee Menagerie Parade goes, to spread Fourth of July spirit at the next house on the crick. 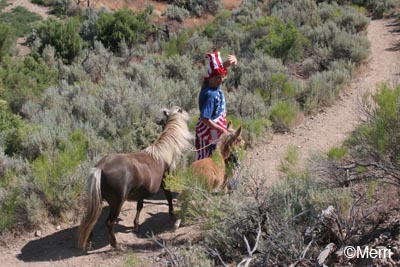 Posted by The Equestrian Vagabond at 12:21 PM

That was so funny! Had to laugh out loud looking at all your horses lined up at the fence!
Linda is having such a good time with all her critters!
Love it!