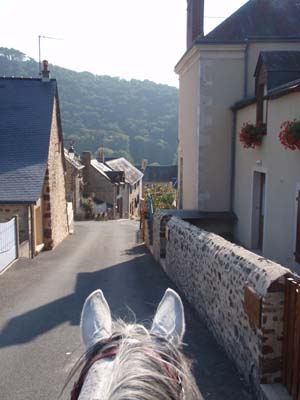 We loaded the trailer with 'Dougal' (nicknamed after a character in "The Magic Roundabout" British cartoon) and 'Shirley Bossy' (nicknamed after Shirley Bassey, Welsh singer - this mare is from Wales), and off we drove to the Alps - the Alpes Mancelles. 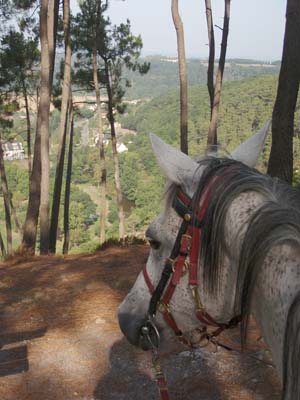 These 'alps' are in Normandy, in northwest France - part of the Armorican Massif, an ancient mountain range in western Europe. These mountains, however, unlike the 'real' French Alps in the southeast of France, are quite modest in altitude - the highest peak is about 200 meters. Right-of-way Bridleways run through the area, in the forest, along roads, through the villages, accessible to hikers, bikers and horse riders. We could have gone 50 miles on one of the trails - and not seen a single person, Nicky says.

Our highest climb was maybe a hundred meters, through the forest to a hidden spring, and up onto a ridge, down through the village of Leonards des Bois, 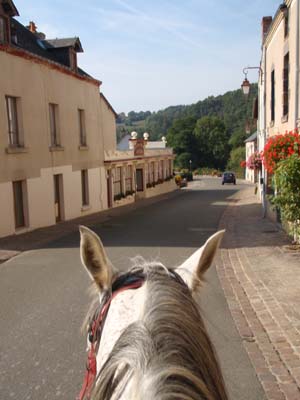 across the river on a bridge, 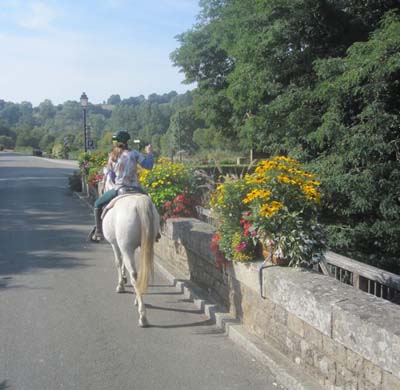 and up onto the other ridge overlooking the village. 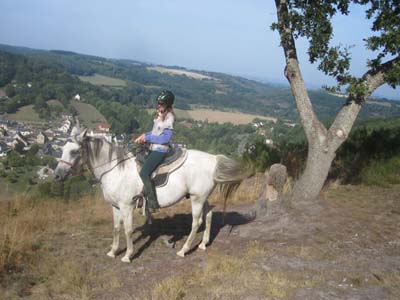 We finished up our loop crossing a gently flowing creek. 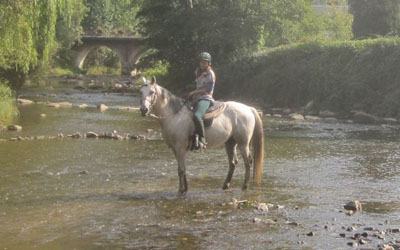 I'd have to say everything was just about perfect - the weather, the company, the location, the horse.

I may, in fact, ride Dougal in a French endurance ride next weekend! (Though, because of French rules, it can only be a 20 km ride...) 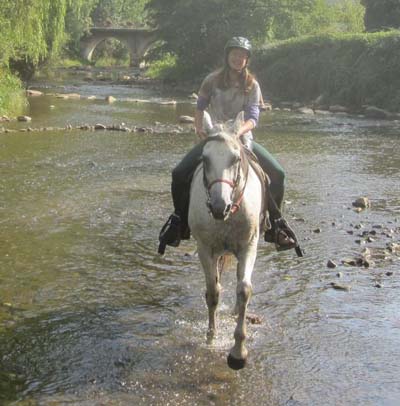 Posted by The Equestrian Vagabond at 10:24 AM