Gold Up That There Crick 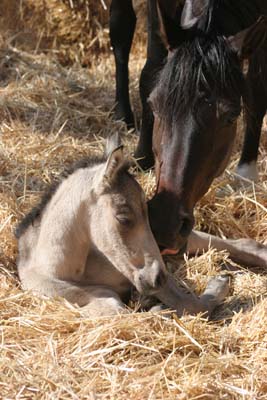 Carol and Rick woke up this morning - and there she was, the newest golden addition to Pickett Creek, a little buckskin filly. The mare was bagged up, but she hadn't waxed yet, and Carol missed the other signs last night. "The mare was telling me, 'It's tonight, really,' but I just didn't notice. We woke up and the little filly was out there already bounding around the sagebrush!"

Carol moved them to the foaling pen she'd already fixed up (and had planned to put the mare in before she foaled), and she and Rick did their foal imprinting on her. 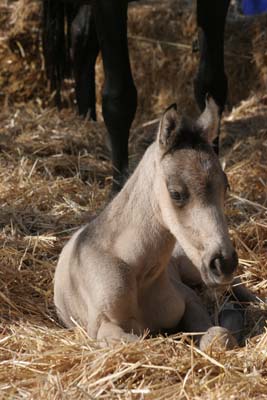 There will be more little gold coins to be found on the Crick in the next 2 weeks: Carol has another one due any day, and Steph has one due next week (due during the 3-day Owyhee Fandango!)


What to do with these legs while getting up? 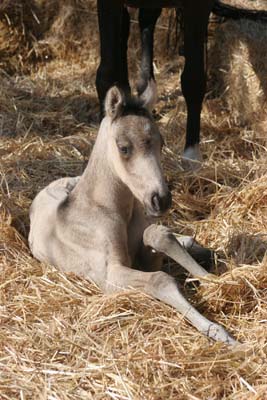 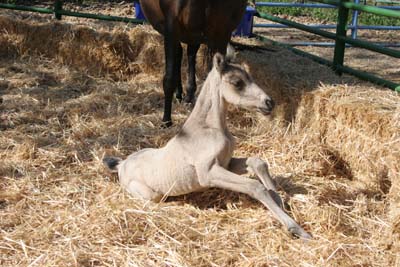 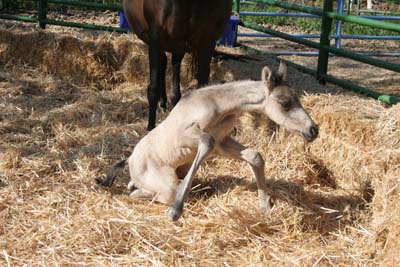 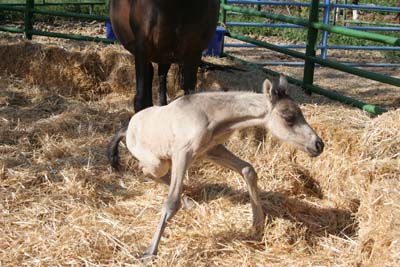 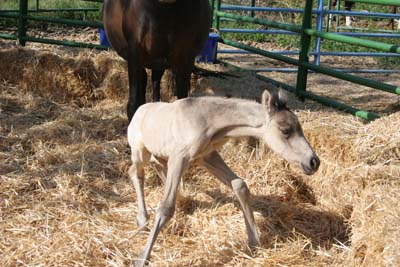 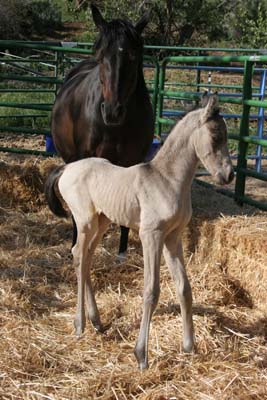 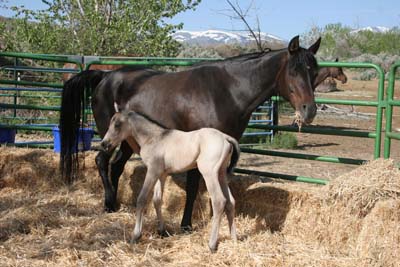 Posted by The Equestrian Vagabond at 11:09 AM