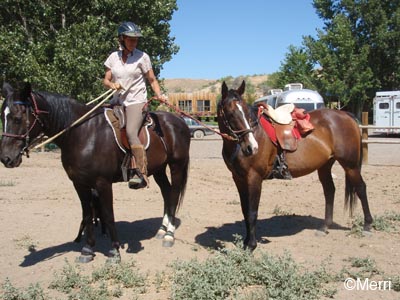 We took the old men out for a ride today: 21-year-old Krusty, Steph's half Orlov Trotter ('and half mostly arabian, a little thoroughbred'), and 20-year-old Stormy, my Thoroughbred ex-racehorse.

We ambled up onto the rim on John's trail, heading toward the Owyhee mountains on a warm sunny day, and came back on the ridge on Steph's trail, into the summer breeze. 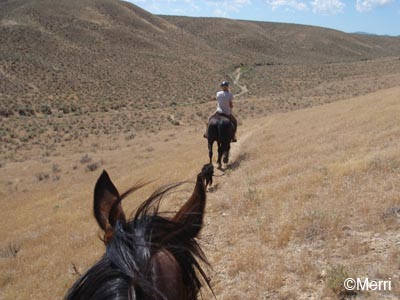 And today they're both semi-retired beloved pets. Krusty's job now is to take out beginners and those with a lack of confidence on the trails. He's restored riding courage back into a rider or two. Stormy's job is to mow the lawn (his favorite) and to go out on the occasional leg-stretching ride. He took my niece on her first horse ride ever.

They're gentle old souls, and we pretty much let them do what they want on a ride. 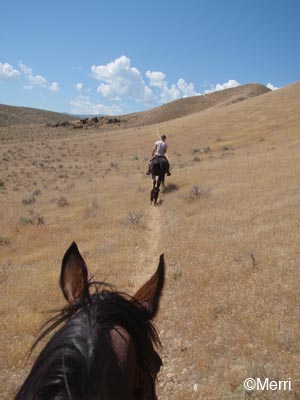 Stormy likes to walk along with his nose to the ground at places, sniffing like a bloodhound, so I let him. 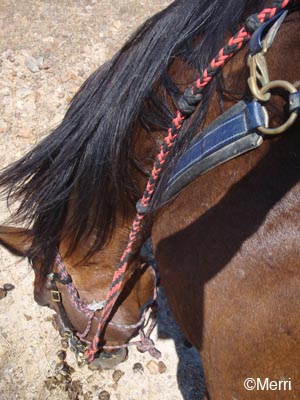 Stormy likes to stop for a treat, so I give him one. 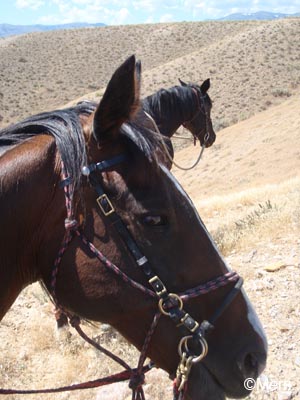 They're good old men, good for some relaxing, easy rides, some spoiling, and some good memories. 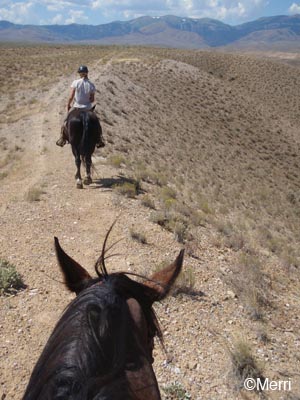 Posted by The Equestrian Vagabond at 8:26 PM

I love this! I enjoy riding my younger boys, but, every once in a while, I like to take the old man for a spin too. He will always be first in my heart.