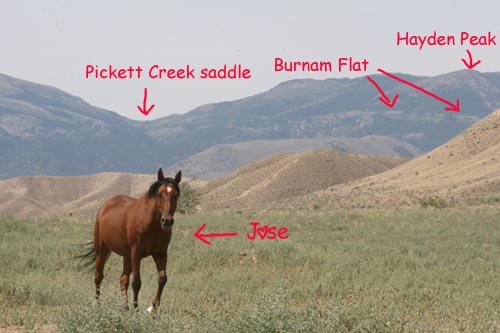 Steph has toyed with the idea of a Silver City Ghost Town endurance ride. We've tinkered with the idea of riding from home up to Silver City (the base of the mountains are roughly 6 miles away), spending the night in the old historic Idaho Hotel (established 1863), and riding back home the next day. We just have to find a good route up the mountain - and we keep chipping away at little pieces of it.

Hauling up into the Owyhees today, our goal was to retrace some of our hoofprints from last year in a quest for a loop on top - but without getting semi-lost like we did with Dudley.

Karen was going to bring maps, but she didn't - nor did I - but Karen was pretty sure she knew the correct road to take this time... and if we did get lost, I wasn't worried this time because I was on Jose, a fit horse with tough feet (and Easyboot gloves). And I carried a GPS, a jacket, and food and water and gatorade, and horse treats, for a long day.

Regina wasn't sure her rig would make it up the steepest part of the grade to Silver City carrying 4 horses - so we stopped at the beginning of the steep climb, in the middle of the road (no traffic), and Karen and I unloaded Rusty and Jose, and we hopped on them and trotted them a mile up the road after the horse trailer.

Regina waited for us after the steep climb and we loaded back up in the rig for the rest of the drive up the mountain, to the corrals around the corner from historic Silver City, the living mining ghost town. 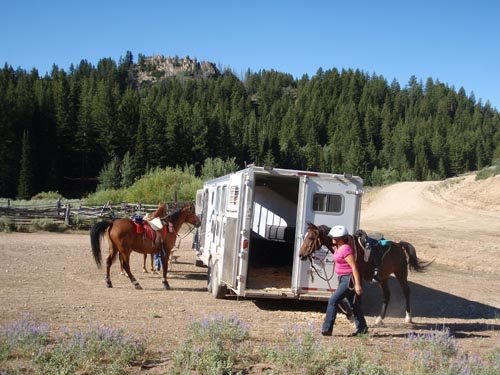 The four of us headed up the War Eagle road, past the Fairview Cemetery (established 1873), 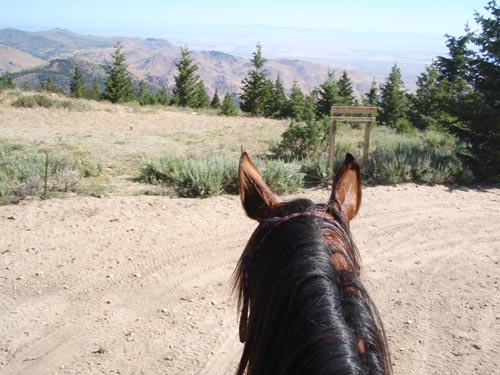 past the site of the old town of Fairview, (burned completely down in 1875; a few foundations remain among the sagebrush), 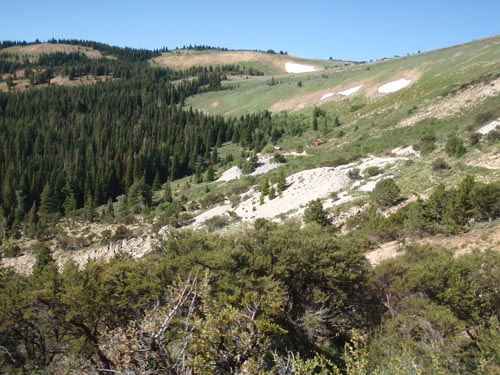 past the old mine shafts and tailings of the Poorman mine (started in 1865, one of the richest bodies of ore for its size ever discovered - 500 pounds of ruby silver were removed from the mine in one piece of ore - this piece was awarded a gold medal at the Paris Exposition of 1867),

below a soaring immature golden eagle and the red cliffs, 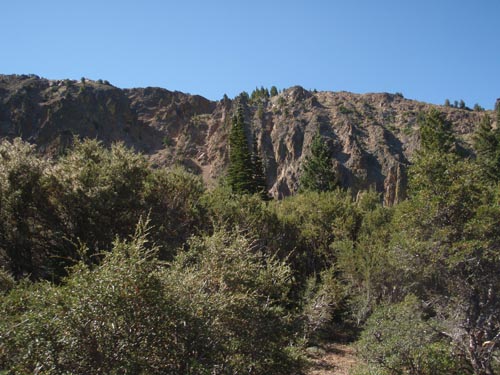 up onto Burnam Flats! 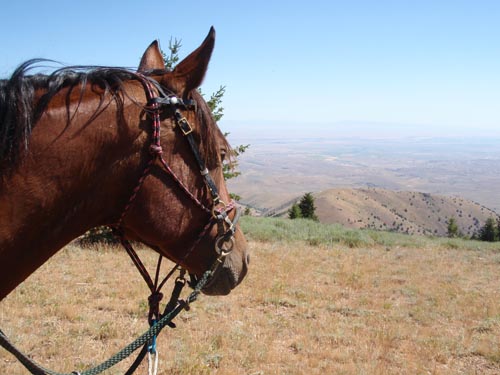 Jose had never been up here before. He was agog at the views. 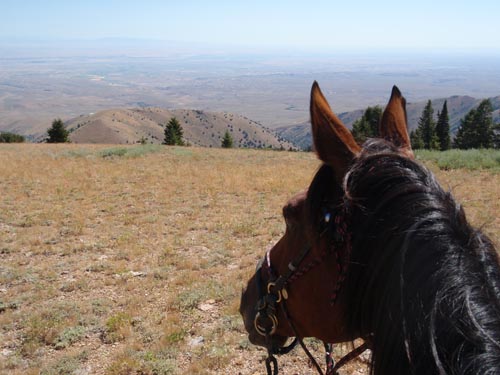 We could see home from up here - or at least where our 2 creeks converge, under the green dot of trees. 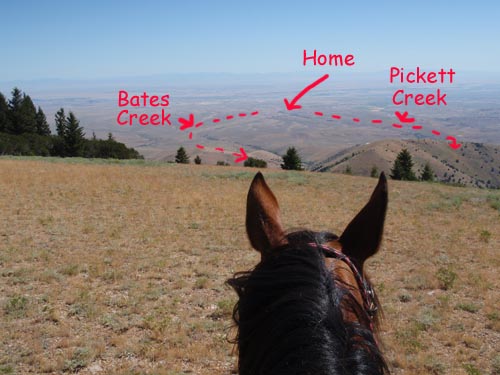 After a good snack on the abundant grass left by the cows still hanging out on the mountain, we moved on into the Pickett Creek drainage and its 'headwaters' - up here, myriad little steep drainages that create Pickett Creek, and the one flowing year-round spring that Jose drank deeply from. Another 2 miles brought us through the jungle of aspens to the Pickett Creek saddle, to the other side of the mountain. 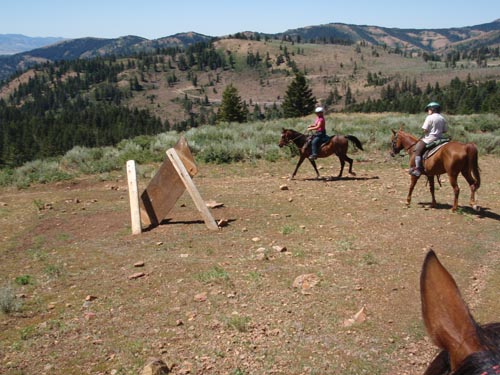 We skirted the base of Hayden Peak (highest in the Owyhees at 8403'), and this time, instead of following what we thought last year was the obvious road (and this was the area of the missing map), this time we turned onto a road with a locked gate, which crawled up the side of Hayden Peak. We'd gotten permission from the local rancher to ride this road, so up the side of the mountain we climbed. The views opened up below us - we could see the logging road we'd taken last year in error, that petered out on top of a peak and ended far away from War Eagle mountain. Jose couldn't get enough of the views as we climbed to almost 8000'. Still on the main jeep road, we eventually descended to the saddle between War Eagle and Hayden Peaks - much easier than our scramble last year. The breeze was delightfully cool (the exciting harbinger of an early fall!?) and Ravens drifted and tumbled above us. We dropped down to the main jeep road and rode the several miles back to the trailer - an easy 22-mile round trip (5 1/2 hours).

Jose drank his fill at a creek before we loaded back up to drive off the mountain - and we humans stopped for a Murphy burger (!!) on the way home. We were already scheming our next ride in the Owyhees. Now, about that Silver City Ghost Town endurance ride...


Posted by The Equestrian Vagabond at 2:10 PM

As I sit behind my computer monitor surrounded by concrete walls, your world seems so far away; yet for a minute, I'm there. Thanks for sharing.

Looks absolutely beautiful, I love exploring. Wish I could have joined you.
Annabelle