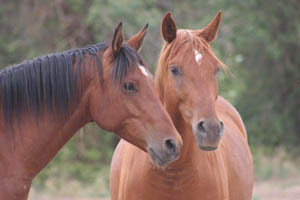 Here they are, Jose and Kazam, reunited. I had kept Kazam locked up apart from Jose for 6 long dreary months over the winter (see I Want My Brother), because he was slightly off in a front leg. We figured he might have gotten it from playing around so hard with his brother (see WWJD). They were sad about the separation, and I had a hard time keeping them apart, as Jose got bored and had nobody to play with, and Kazam got so bored with nobody to play with and nothing to do, he'd eat his fences, and he'd come up to me and try to put a halter on his head. It would have been SO easy just to open that gate separating them...

But it's so great to see the brothers together again. They really get into their play.

What a treat for them, and for me getting to watch them. 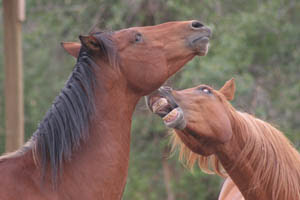 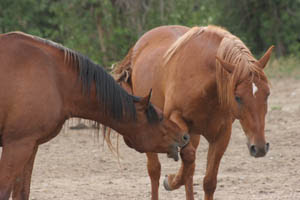 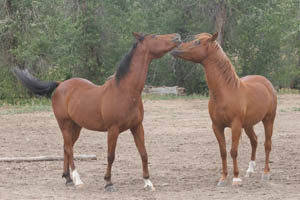 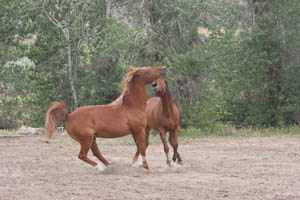 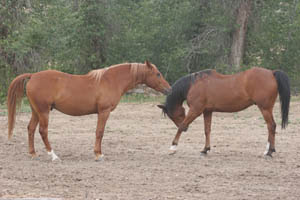 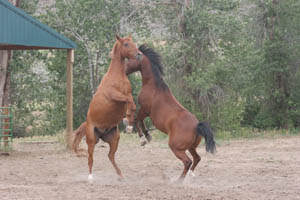 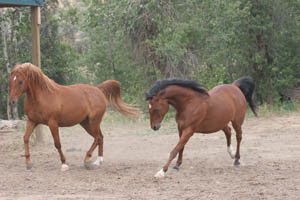 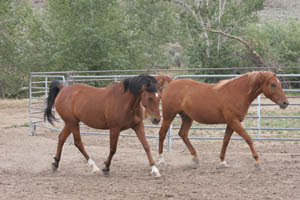 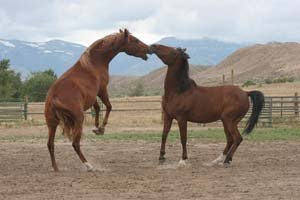 A whole series of Jose and Kazam playing here on endurance.net.
Posted by The Equestrian Vagabond at 7:17 PM