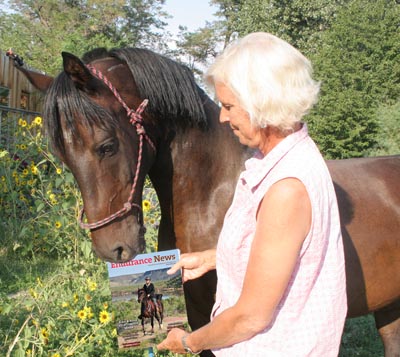 Following in Stormy's footsteps, when he made the cover of the Washington Thoroughbred magazine, Rhett is our latest Equine Celebrity on the crick!

He and Steph made the cover of the Endurance News magazine. Rhett was pretty amazed. 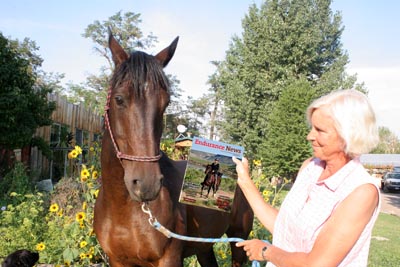 Stormy was impressed. He added his snort of approval. 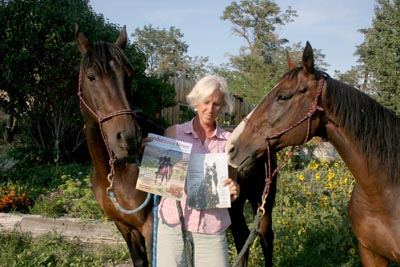 We have had a few dealings with the paparazzi out here, but hopefully these two Cover Boys live far enough out in the boonies so they don't start a stampede of them out to Owyhee. The two 20-year-old grand old boys prefer to live out their celebrity in quiet Owyhee anonymity.
Posted by The Equestrian Vagabond at 9:33 PM