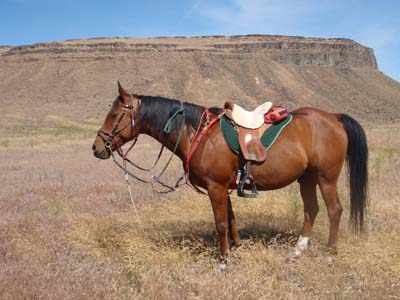 Every spring, we seem to have some plant that runs so riotous as to become memorable. 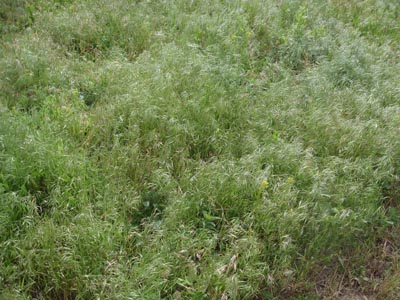 This year it's the cheat grass. Proliferating beyond all sensible proportions. Thick carpets of it, sometimes knee high. The horses like it when it's green; but as soon as it turns reddish brown, they aren't much interested in it. 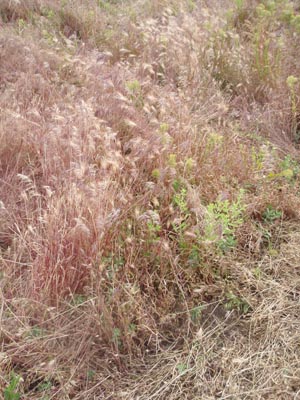 Which is a shame, because that's when the seeds start sticking to everything. They get in your socks and shoes, and drive you mad with their irritating skin poking. I've heard rumors it can get in a dog's ear, pierce its eardrum and go all the way into the brain. I wouldn't doubt it because it's wicked stuff, able to work its way around to places unwelcome - I expect it has barbs that anchor it from going backwards.

It's an invasive species in many places - sometimes you'll see it called an "infestation". Rapid elongation of the root system and prolific seed production help it elbow out the native grasses. It can germinate in the spring or fall and is very adaptable to new environments.

It comes up earlier and uses up the water and nutrients needed by other perennial native grasses, and it has a short growth period and therefore is highly flammable earlier than native grasses. And it's so thick in this part of the country now - even more reason for me to be afraid of lightning. 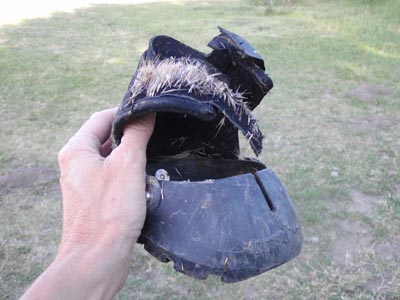 And it gets into and sticks to your Easyboot Gloves like crazy. Judy had warned me of it. "I spent HOURS getting the seeds out of my boots yesterday!" Carol had put duct tape over the velcro straps of her horse's Gloves. I did the same, but the duct tape failed and slipped during our ride, making the velcro a super magnet for the seeds. 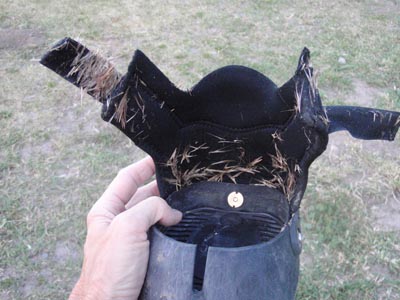 After some experimenting, where Steph found that taking a scissors blade and scraping it back and forth over the seeds is the best way to remove the worst of it, followed by tweezers for the individual near-impossible-to-get pieces, it still took me over an hour to clean the boots.

Judy suggested I try vet wrap around the velcro straps next time. Anybody else had this problem before?
Posted by The Equestrian Vagabond at 8:54 PM

(I'm so sick of the high failure rate of my plastic that we are going back to steel tomorrow. I'm trying to recall why I ever switched....)