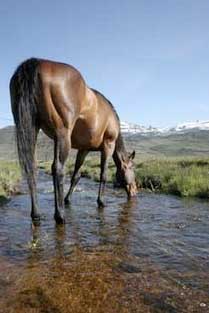 I make the claim because it is one of most beautiful places in the US, despite the throngs of people who come here in the summers. If you like to hunt, fish, ride, camp, just breathe the outdoors (well - unless there's a fire within a couple hundred miles because sometimes the smoke blows here and sits in this valley), this is the place to do it.

It's also the home of one of the most beautiful endurance rides in the US. Jackie Bumgardner's been putting on the Eastern High Sierra Classic for many years now... (15 years or so). I've been lucky enough to ride it 5 times, and I'm hoping there's a horse for me again this year.

I came early to camp in the forest, to breathe and feel and hear and see my old stomping grounds. Today I hiked up to Barney Lake, one of the most popular hikes up past Twin Lakes, an easy 8 mile round trip. I remembered every twist in the trail, every rock step we put in on the trail crew, every bird call (stellar's jays, Clark's nutcrackers, red-tailed hawks, red-breasted nuthatches - and others I could never quite identify). I hugged a Jeffrey pine (stick your nose in the grooves of the bark, and you'll smell vanilla). I acknowledged Kettle Peak and the Nugget (climbed both of those in my trails days) hovering over Barney Lake at the far end. I nodded my head at the Gods of the Hoover, keeping an eye on the wilderness. The Raven got his picture taken and splashed in the lake.

Ridecamp is already starting to fill up with rigs and horses in Jackie's pasture. I'll get to see a bunch of old friends, including Jackie's retired endurance horses Ross and Zayante - my pal Zayante who I've done a few endurance miles on over the years. (715 miles, to be exact).

The weather couldn't be better for the ride on Saturday - 50* at night, low 70's during the day - and no chance of thunderstorms. : ) 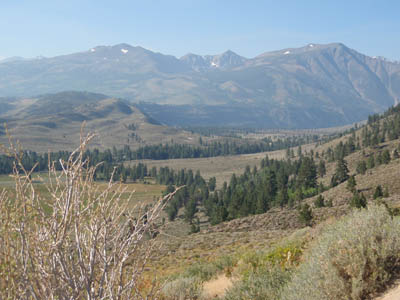 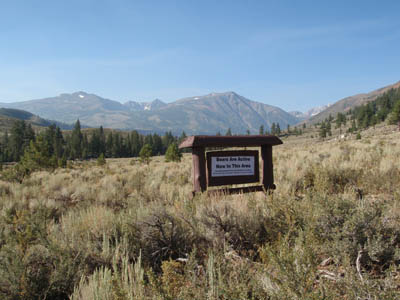 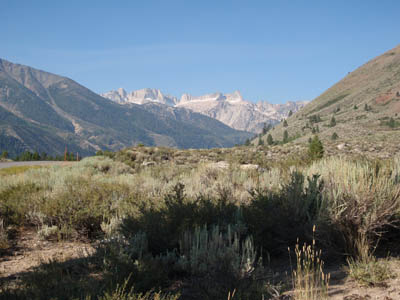 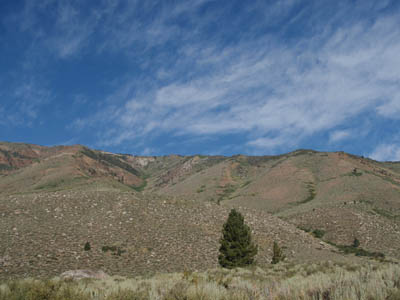 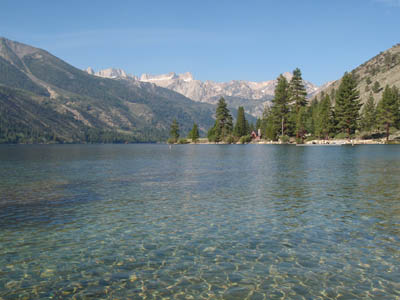 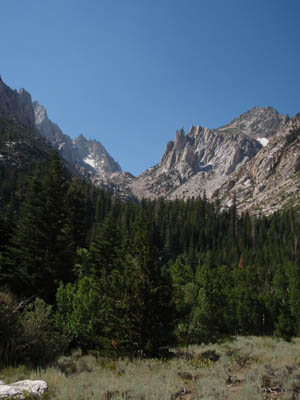 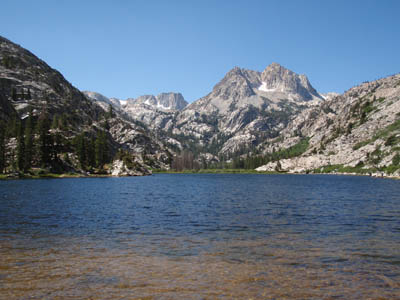 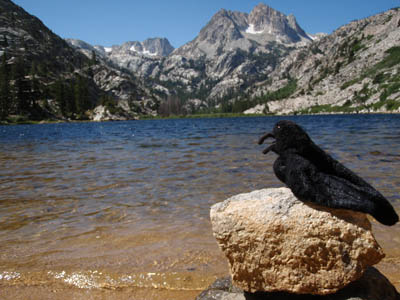 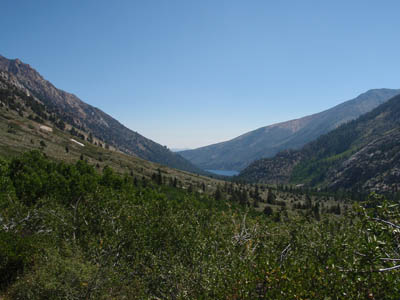 Coverage of the ride at
www.endurance.net/international/USA/2009EHSC
Posted by The Equestrian Vagabond at 4:13 PM

Oh Merri, it really is beautiful. Definitely looks like a ride to put on my list for next year. I'm quite jealous of the summer you're having! (Minus the stomped toe, of course). Your Tevis stories were wonderful and inspiring - thanks for sharing with all of us. Have a great weekend. Rachel in Utah

Have fun Merri. I enjoy your stories and photos. I was signed up to do this ride but had to cancel as my mare had a slight cut that got infected...so we were out..Sure looks beautiful! Have fun in all that beauty!! kathie