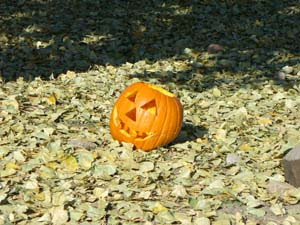 Did you know, horses like to eat pumpkin? Connie carved one and we thought we'd set it out to see what the horses thought of it. 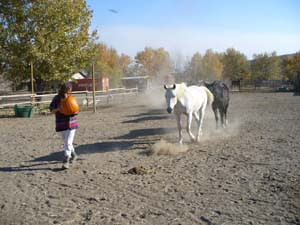 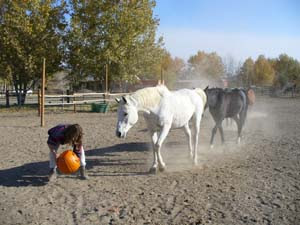 They wanted to eat it, is what they wanted. 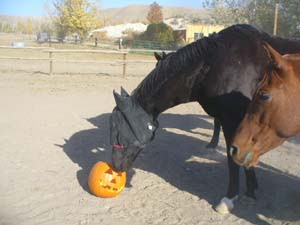 She had to rescue it. 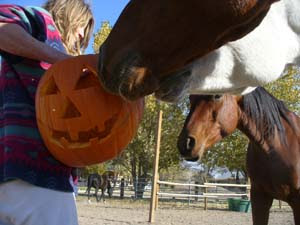 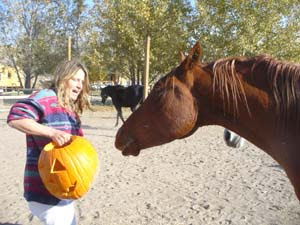 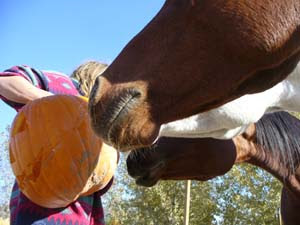 She got Finneas to stand still a while and put it on his butt. 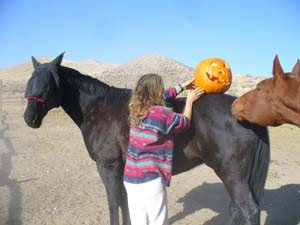 Mac came up to check it out again, 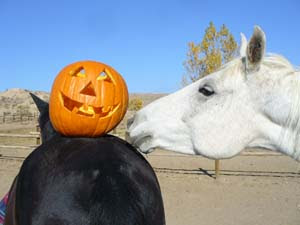 and I lunged to grab it just before Mac bit it and knocked it off his butt. It would have made a big splat, because it is a heavy pumpkin. Then Finneas took off - he didn't want anymore to do with any pumpkin he couldn't eat. Pumpkins don't belong on horse butts, thank you very much.

Then we got the dogs to pose with the pumpkin for a picture, 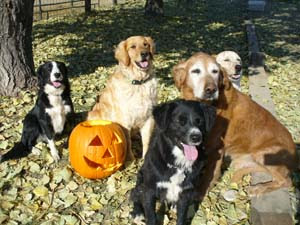 which was no mean feat. It took some bribing with treaties. Then Austin almost got his head stuck in the pumpkin trying to get at the treaties. 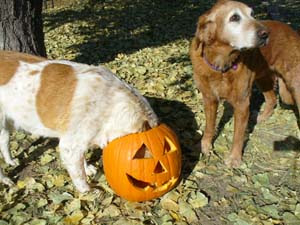 Later the horses got some pumpkin leftover treaties from the carving. 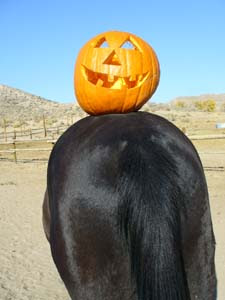 Posted by The Equestrian Vagabond at 10:17 PM