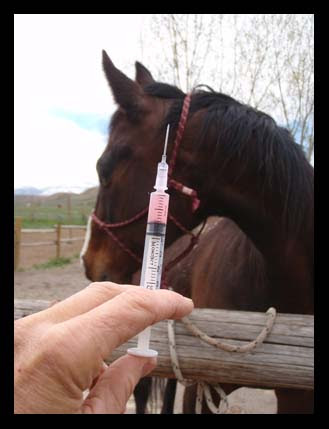 It's that time of year: spring shots.

He really is the best patient, he's never minded shots, and I can worm him without putting a halter on him. He brings to mind a racehorse we used to have in our barn, a big and fierce stallion, who was so terrified of shots, that if he needed one, his groom had to put blinkers and a lip chain on him, point his nose in the back corner of the stall, the veterinarian literally had to get straight out of his truck, go straight in the stall with the shot, give it to him and get out of there. Otherwise there would have been human body parts laying about the stall.

But Stormy is a Gold Star Patient. And it's all better anyway, when you get The Big Treat at the end from the doctor. 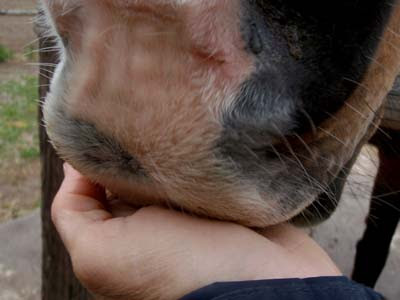 Posted by The Equestrian Vagabond at 3:12 PM