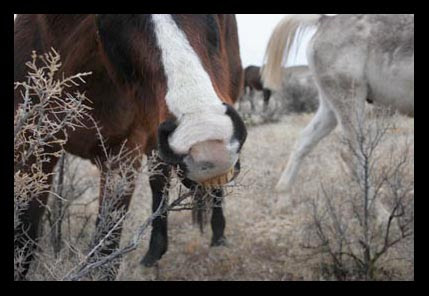 Hay is the main repast here, of course, but the horses like - and need - a variety to their meals besides hay, hay, and more hay. 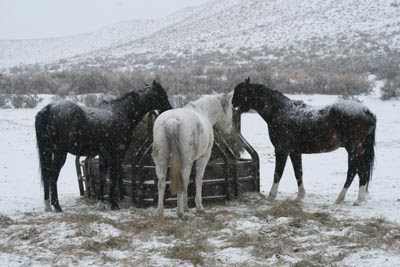 You might think there's nothing out here in the desert, but they find things. The herd makes their rounds several times a day 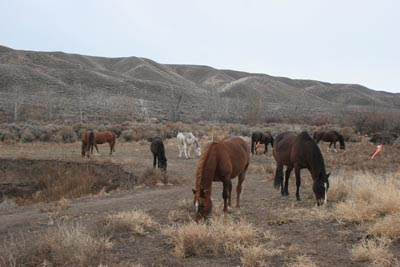 getting their buffet of greens (or browns, this time of year).

They snack on the dry cheat grass, and they nibble at the tumbleweeds - Russian thistle. I can't imagine how they chew on this nasty prickly stuff. 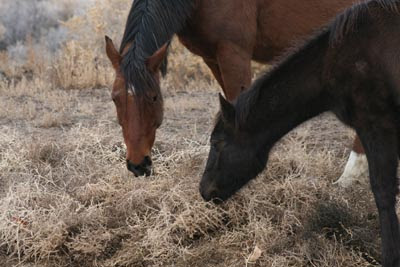 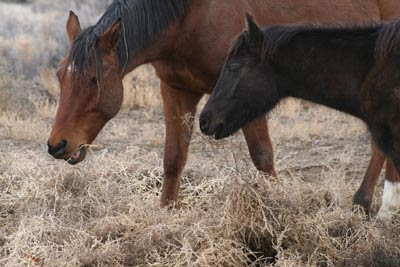 They eat the greasewood. It's mainly forage for jackrabbits and California quail (both numerous here) and pronghorn antelope (you'll see an occasional one). It's prickly enough to where you can't imagine a horse chewing on this, either, but they use their teeth to strip the branches, 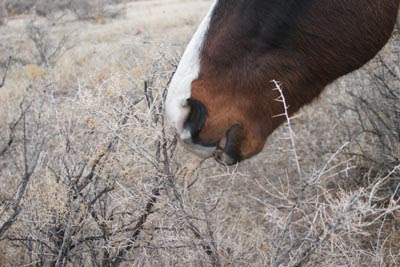 and they carefully chew it. 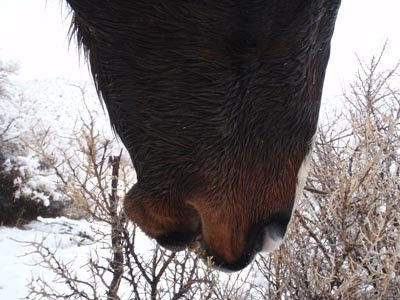 The seeds and leaves are supposed to taste salty, but I can't taste anything but wood in these dead-looking winter branches. 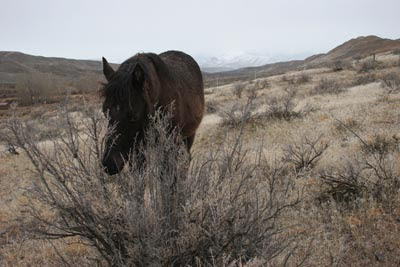 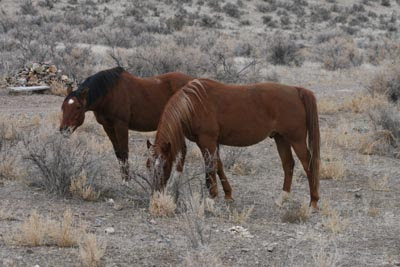 Rice grass is a treat, and already the green grass and weeds are starting to sprout in this near spring-like weather. They have to work to get tiny bites of them, but work at it they do. 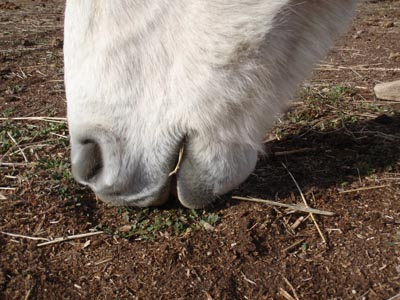 Salt blocks seem to be used more now than in the summer. 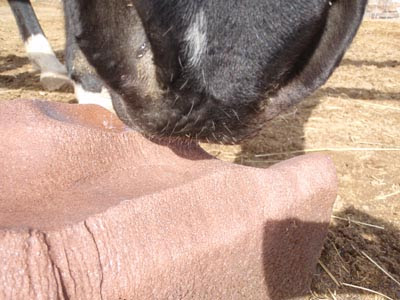 An occasional bite of alfalfa is a nice delicious treat; and if you have a carrot within fifty miles - forgetaboutem! 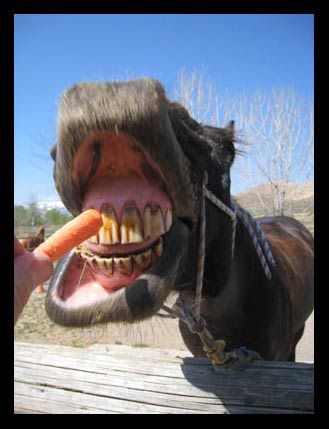 Posted by The Equestrian Vagabond at 7:08 PM

omg how do u get these shots love it. cole