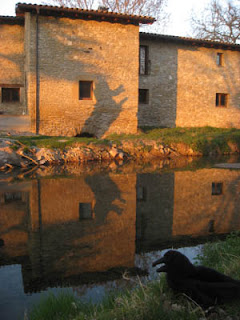 In the region east of Vic, Spain (an hour north of Barcelona), you can follow, for about 2 miles, the Ruta dels Moulins 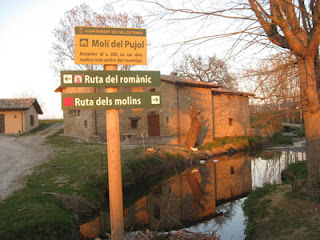 - the Route of the Mills - a series of old canals and mills that used the water flow from the spring-and-run-off-fed creek, 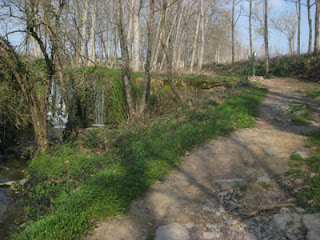 to grind wheat and sharpen farm tools over the centuries. 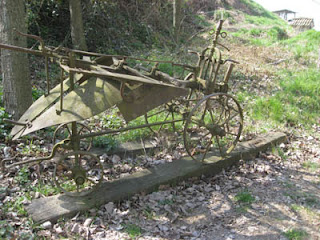 Many of the old mills have been restored and are now residences, 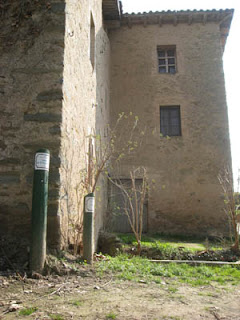 having first been built between the 12th and 16th centuries. Some are crumbling and disingegrating ruins, half hidden under vines.

El Molí de la Calvaria, where I'm staying, has evidence that the old lock was built in the 11th century; 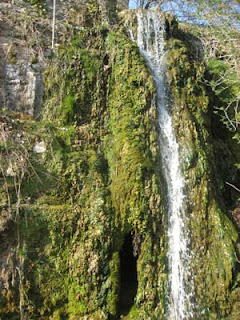 the first document is from 1236 AD. The original mill is on the ground floor, and the house above was built in the 16th century. Above the door is carved in stone: IHSENMO TI CALVARI MORT DELS DE ASI TE RECORT, 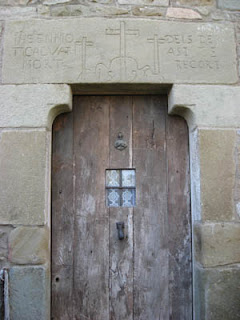 in probably a mix of some old Catalon and Latin, meaning, roughly, "The Dead here will think of you," which I'm sure is meant to be some sort of blessing. (Or, if you try googling the translation: "...agony of death by now well pruned." Hmmm...)The inscription is, you can still clearly see, from 1596. The mill is now a museum, and the owner still runs it on Sundays to show how it worked (and to feed the resident ducks with the seeds : ). A lock is opened in the retention pond, water is funneled under the mill to turn the two large wheels 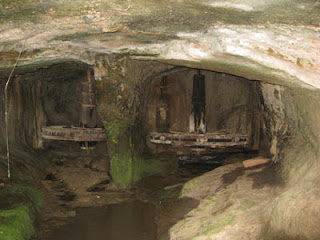 (and a smaller one outside, connected to a small circular stone, which was used to sharpen tools), 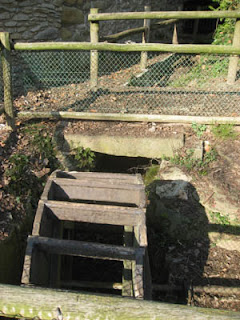 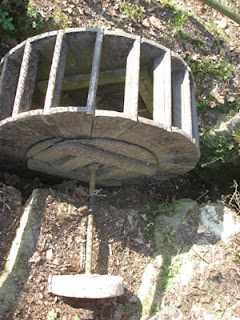 which turn the millstones in the mill, which grind the wheat.

The millstones have grooves, or furrows, separating flat areas, or lands. The grooves furnish cutting edges and channel the ground flour out from the stones as the wheels turn. The furrows and lands are carved in repeating patterns, or harps. This millstone has 8 harps. 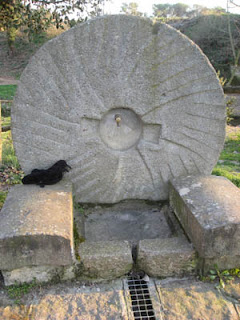 Outside the ground floor mill doors, there are still the ancient iron rings in the stone walls where you can tie up your horses while you visit. : ) 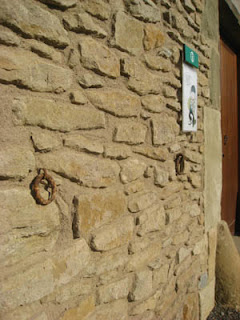 Posted by The Equestrian Vagabond at 9:55 AM