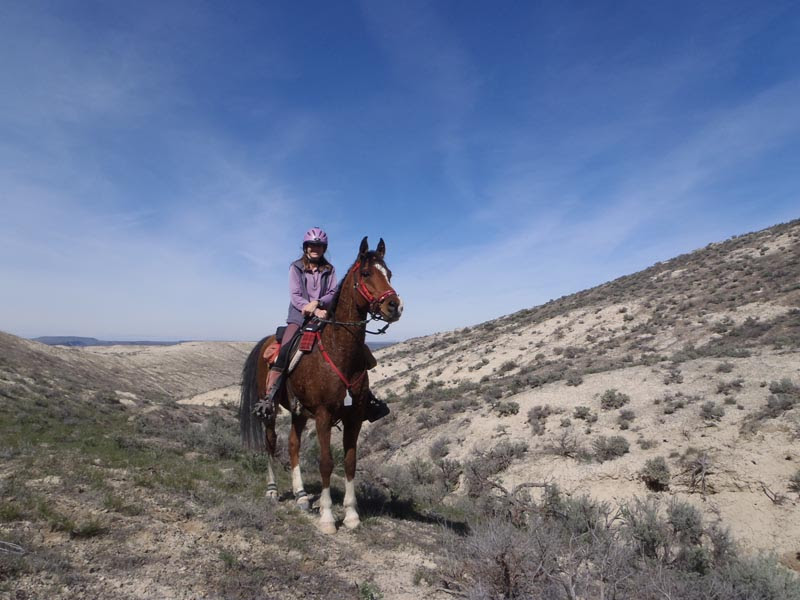 It was the first endurance ride of the season for most of the riders, and many came with horses who were not dead fit and were still winter-hairy. 20 started the 50-miler, 19 started the 25-miler, and they all finished! No lamenesses, no metabolic issues - good, smart endurance riding out here in the Owyhee desert.

Several first timers and it's-been-a-whilers to the sport showed up to ride. A newbie (and new endurance addict) came from as far away as Seattle; and veteran Tennessee Lane, who's putting on the AERC National Championships this August in Colorado, popped in during the middle of a horse-delivering walkabout and galloped off with the 50-mile win and Best Condition on Bluff in 4:34.

The April Fools ride also saw the return of the Church kids after a several-year hiatus from riding. Former Junior Abrie was now the sponsor for 3 of her Junior siblings, and the youngest one on the smallest pony won the 25-mile ride, pulsing down first in 3:10. Best Condition went to Simone Mauhl and Dudley's friend Boogey.

The weather was PERFECT, which we all deserved, since we all suffered through a terrible hurricane/typhoon/rain/sleet/snow/windstorm on Thursday and Friday (and Sunday was not particularly lovely with the rejuvenated cold wind). Saturday was 60* and sunny, with only the slightest breeze. Trails were in perfect condition, with lots of grass on trail and flowers just beginning to emerge. 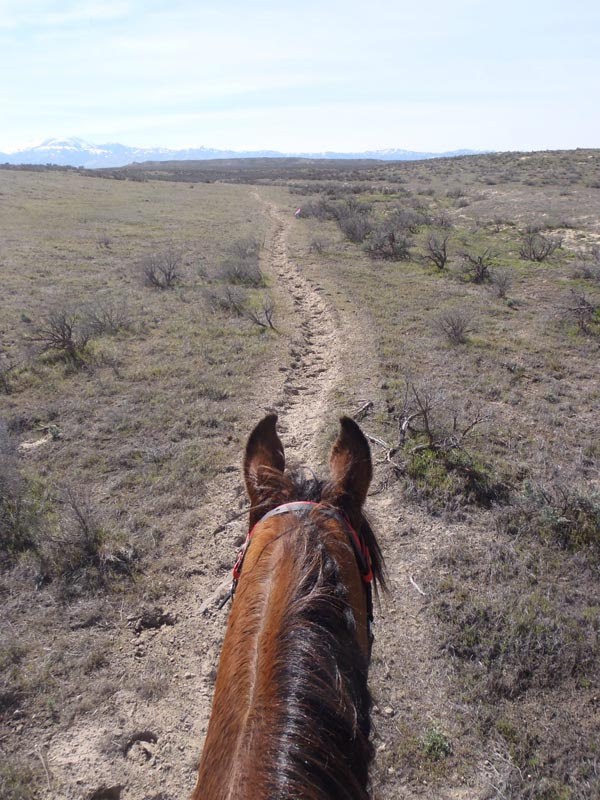 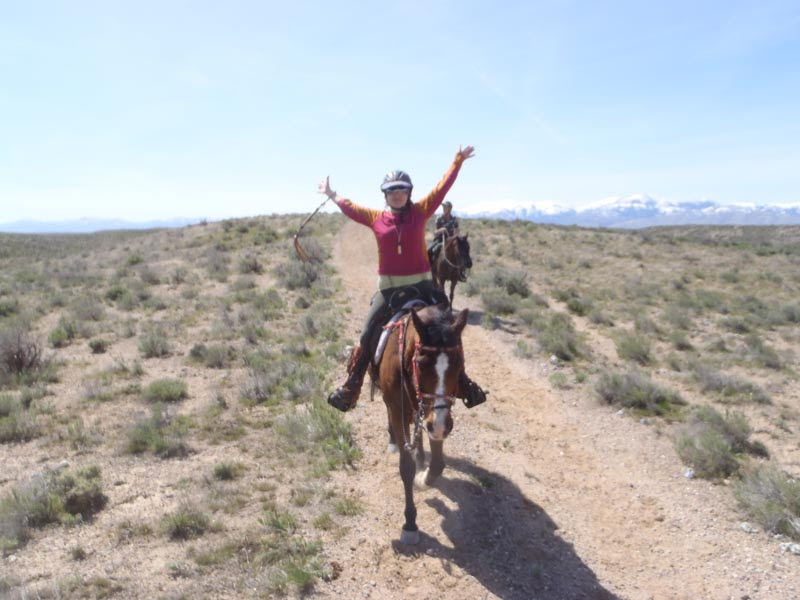 There's a newly named trail somewhere out here. Not saying exactly where, or who of the three of us it's named after, but this new spot is called Pee-In-Your-Pants-Point-Because-Your-Horse-Got-Its-Foot-Hung-Up-In-The-Reins-While-You-Were-Squatting-In-Mid-Stream The Church kids are back to riding after a couple of years respite! Abrie is old enough now that she's sponsoring her own siblings! Lots of human snacks when you ride with Connie… she's handing me Gummi Bears here! The Raven had a great time on Dezzie! The Pickett Crick Ramblers played some fine music afterwards, both Friday and Saturday nights. Abrie Church, who masterly plays both the piano and fiddle, and who had never touched a mandolin in her life, borrowed a mandolin and jumped right in and started playing with us. Sure, mandolin and fiddle are tuned to the same strings, but - still! We were all astonished and delighted she made us sound so good! A younger brother banged on the drums, then dad stepped in and really meshed us all together. We were rather impressed with ourselves… we sound a lot better than we did 2 years ago!