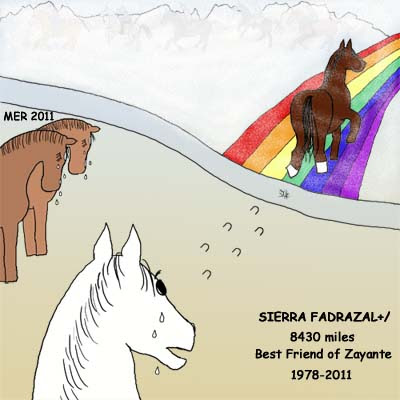 There's one less set of hoofprints on the endurance trails.

Jackie Bumgardner's horse Sierra Fadrazal+/ , aka Ross, was put down Friday at home in Ridgecrest, California at 33 years of age. Jackie bought him as a youngster shortly after buying his sire Sierra Fadwah (who lived to 31 years of age); and Ross and Jackie spent more than 20 years on the endurance trails together.

He carried 24 different riders over his career, and was always eager to go down the trail. His ears would prick forward, his head would go up in the air and his long legs would fly into overdrive as he ate up the miles.

He completed his last 50 mile ride in 2002, but he continued to carry riders on LDs until his last one in 2005 on his home summer turf of Bridgeport, California in Jackie's Eastern High Sierra Classic ride. After that, he continued his work as 'Uncle Ross', breaking new horses to the trails by ponying them. Most memorably, he was Zayante's best friend since 1995 - the two of them were inseparable for 16 years.

I saw Ross the week before he died. We'd spent a lot of training miles together, summers in Bridgeport, winters in Ridgecrest. Ross stopped eating to come up to me. He sniffed and sniffed my hands, Hi, my old friend, and he stood there while I scratched his back and sides, and he lifted his neck so I could scratch beneath it.

He left for the next world on Friday. 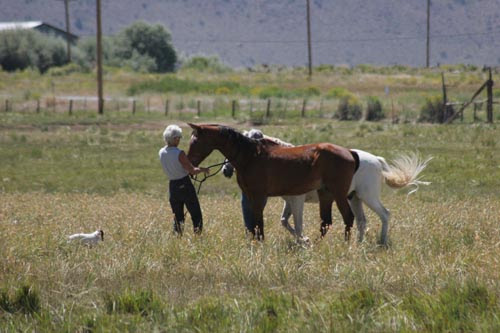 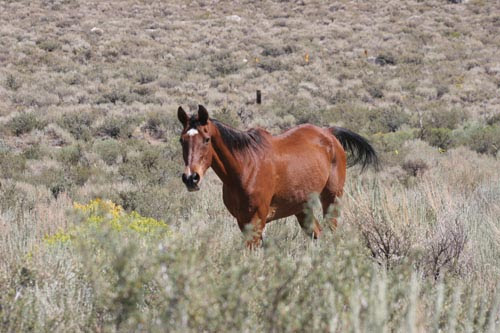 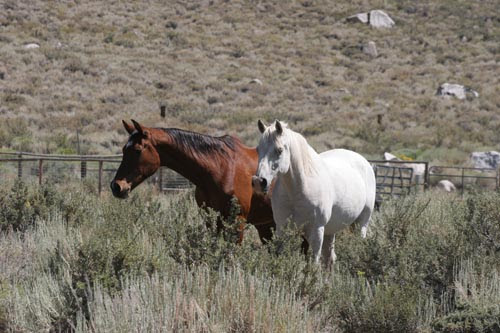 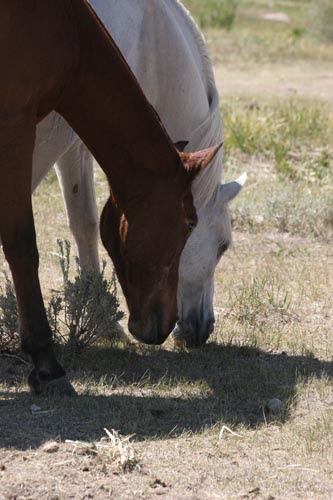 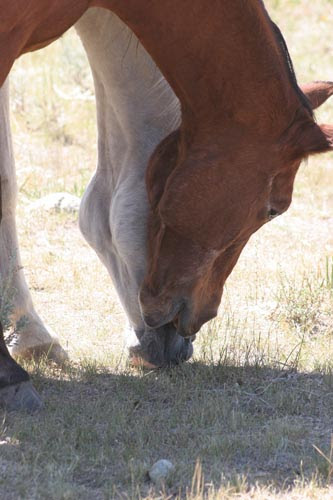 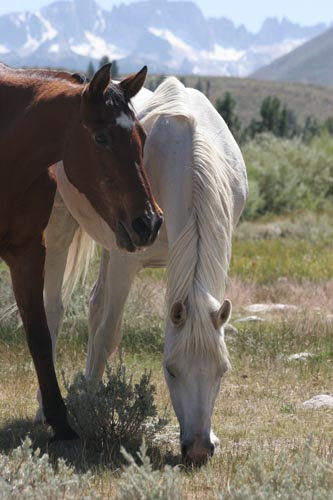 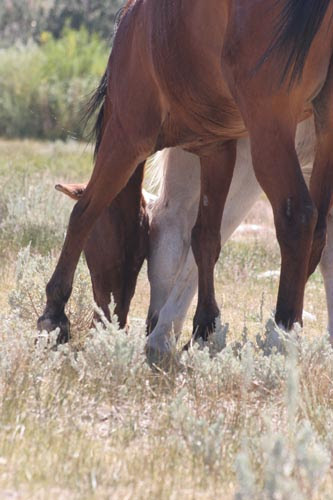 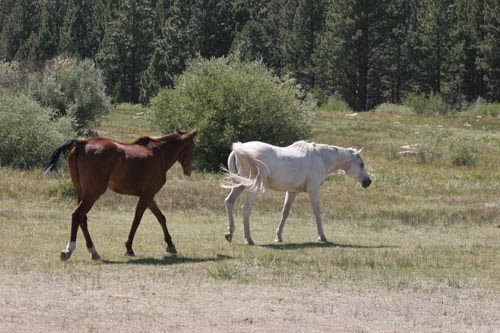 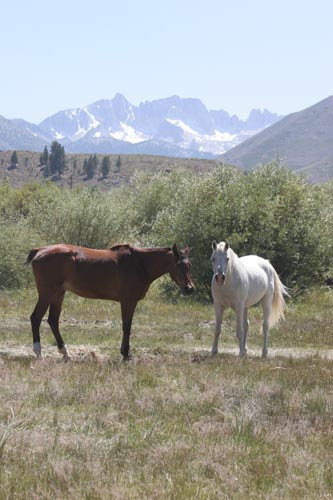 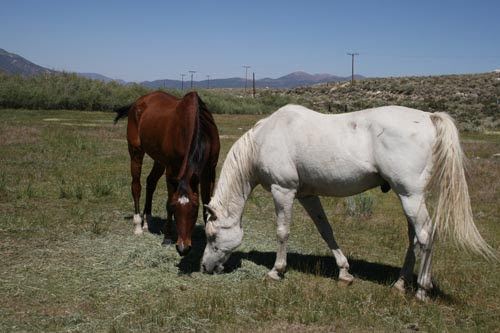 Posted by The Equestrian Vagabond at 12:04 PM

Merri - you did a wonderful job of sending Ross off to the Rainbow Ridge. He was indeed a special horse. At Christmas it was clear that Jackie still beamed when she talked about him.

What a touching tribute. Sad, sad, sad...my condolences to all that loved that special horse.

What an amazing horse. He & Jackie were lucky to have each other. Trot on down the trail Ross.

Sounds like he was a wonderful horse - and sounds like he was very well loved. The photos of him with his best bud Zayante are priceless. I think my heart goes out most to him -- he doesn't know why he is gone. My condolences to everyone.

Jackie was kind to let me ride Ross on an LD when my horse was unable to start. When I saw him I didn't know who he was and wasn't very impressed but I wanted to ride so... Ross turned out to be the best horse I've ever ridden and I consider myself blessed to have even put my butt on his back. I still can't believe she let me ride him. Thank you Jackie and Go with God, Ross.