Snow has mostly melted, slowly, leaving behind a sea of mud, sticky sand and slick clay. The Owyhee Spa clay is particularly scrumptious for rolling in right now.

Stormy already had a couple of coats of dirt on him, and he went for another thick layer. 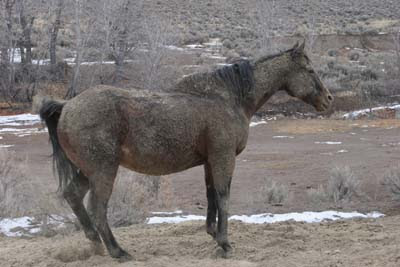 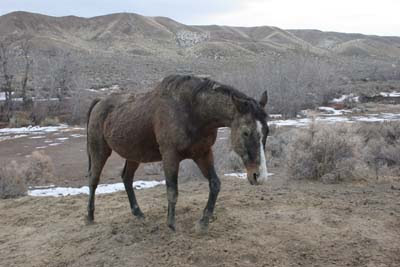 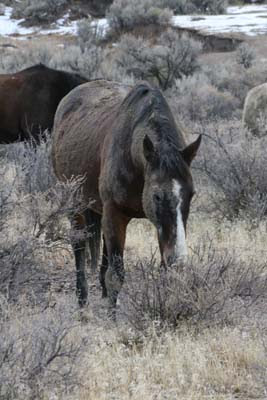 He may have won the prize for dirtiest horse at the Spa.

Could you kiss this dirtbag when he comes up to you wanting kisses?? Posted by The Equestrian Vagabond at 3:20 PM

I shudder to think what Ranger would look like if he lived with you. He can get very dirty in a dry grassy pasture.

I think that in his case it is the sign of a misspent youth. He grew up in a stable with a meticulously maintained stall.