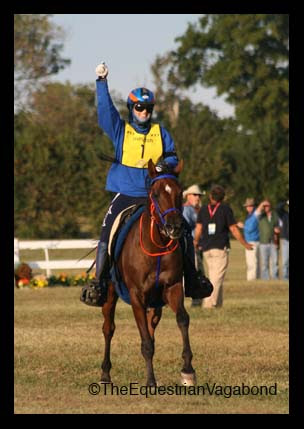 We all saw a pretty amazing horse and rider win the 2010 World Endurance Championship at the Alltech FEI World Equestrian Games in Lexington, Kentucky.

Nobby looked great throughout the day, always near or at the front dozen of the pack, and hounded most all of the way by other horses. Maria said this ride was much harder than Malaysia because of that.

The US Team went into the ride with high hopes, but one by one they fell, Jan Worthington and Leon (my favorites), and Lindsay Graham and Monk at vet gate 3 (also my favorites), Meg Sleeper after vet gate 4, and Heather Reynolds and Ssamiam, crushingly, at the finish after outracing France's Jean Philiippe Frances for 4th place. Deb Reich was the only US finisher, in 18th place.

Other highs and lows, and everybody with a story - but none better than that of the little bay super horse Nobby. 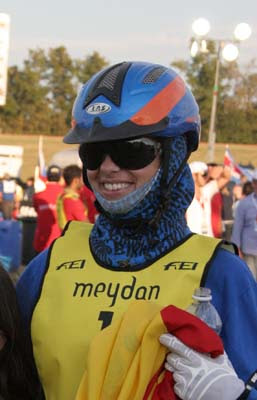 Posted by The Equestrian Vagabond at 8:17 PM