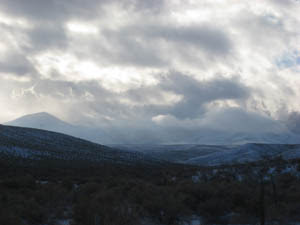 Drive down the highway through this high desert country, and you might say, wow. Barren. Nothing there. You might even stop and get out a pair of binoculars to look around - and you would probably say Wow - nothing there.

But wait for the winter, when a snowfall reveals the secret tales of the desert, a land swarming with wildlife if you take the time to sit and watch and wait.

Wake up in the morning and find a very fresh deer kill in the neighbor's front pasture. 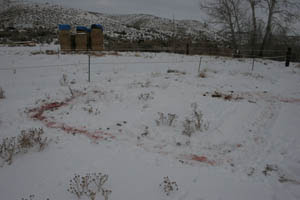 The neighbor thought he saw cougar tracks, but they were perhaps obliterated afterwards by innumerable canine tracks. A pack of coyotes or neighborhood dogs. The deer was dragged around in a square path till it went down, or it went down and was tugged about as a carcass. Absolutely nothing left of the deer a few hours later but fur, blood, and remains of entrails. It was devoured. The Ravens and magpies also left tracks in the snow. They got a share of the prize too.

Walk up the Bates Creek drainage in the evening while storm clouds gather around the Owyhees, and winter light throws shadows in the freeways of tracks and tells more stories.

Quail tracks, wandering the snow, looking for seeds. We've had an abundance of quail this year, at least two hatchings. 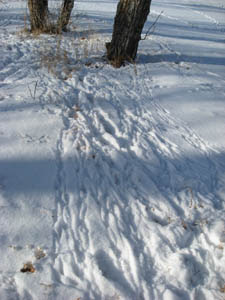 Possibly quail. Too small for Ravens, too big for juncos and sparrows. 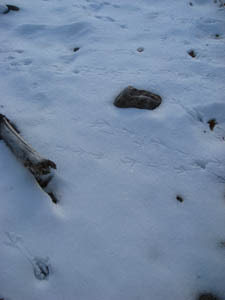 Jackrabbits in the creekbed. 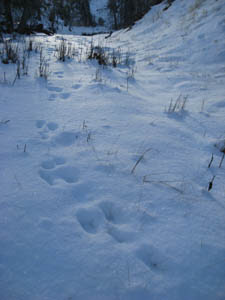 These are a mystery! Anybody? 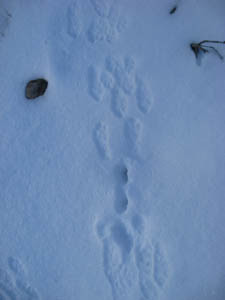 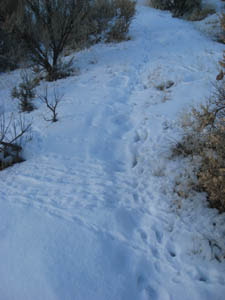 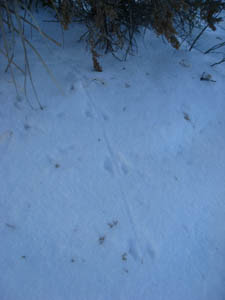 This is a coyote. Going and coming. He drags a foot or two in the snow. 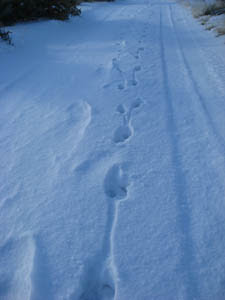 The foot-dragging coyote on a jackrabbit highway. 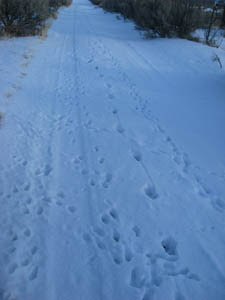 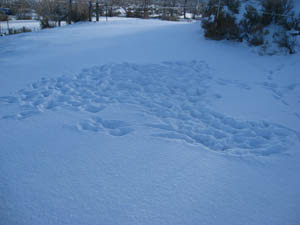 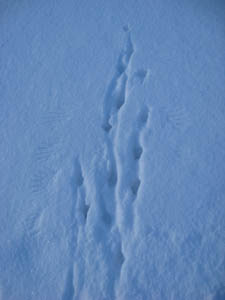 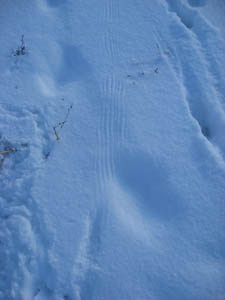 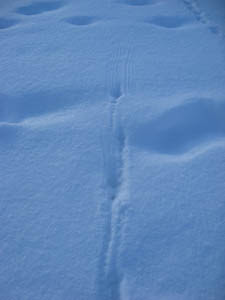 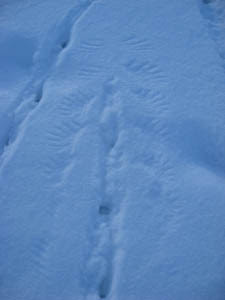 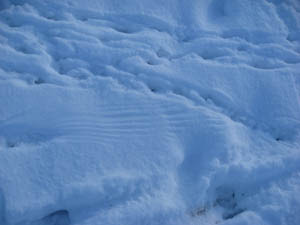 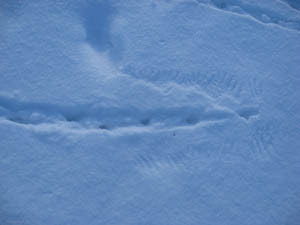 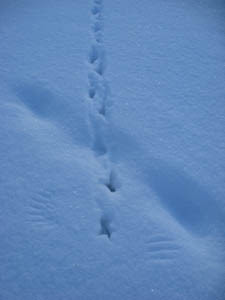 With all the tracks, you'd think I'd see birds and animals everywhere. I only flushed a hawk, some quail, and two jackrabbits. But they're all out there. And they are watching me.
Posted by The Equestrian Vagabond at 10:08 PM

So beautiful, Merri. Thank you for sharing this!