2018 Owyhee Tough Sucker - And The Band Played On Seriously - does nobody read the weather reports? Who would even want to come for an endurance ride with a deluge and a hurricane in the forecast? The weathermasters have been pretty inaccurate with the precipitation this winter, but they've been spot on with the wind, and we were in for a big blow on Saturday, if not at least some of the 100% chance of rain they predicted Friday night and Saturday morning. But 42 riders still showed up for the first Owyhee ride of the season. Some were here because they haven't been able to ride much elsewhere (I've been riding most of the winter, but not everybody else has), or they have just been itching to get going, and weather simply didn't factor into it. But mostly we're all here to ride because we're all, in some form or another, Tough Suckers.

The live band booked for entertainment arrived with instruments in one hand and horses in the other. Endurance rides are really the excuse that gets the bluegrass Pickett Crick Ramblers together. Friday night audience included 2 members who stayed till the very last song, and even clapped after a couple numbers!

It wasn't till morning that I finally decided on a plan for myself: get Hillbillie Willie a good training ride in the 25, and finish before the hurricane hit. (And we timed it just about right; when we rode down that last draw for home we were in strong a wind tunnel, and when I was bandaging Willie's legs up in camp afterwards, the gale force gusts hit.) You know how it goes with the rain: if you're already out riding when it starts raining, it's not so bad, but it's a shade short of miserable if you have to saddle a wet horse up in the rain. But the overnight and morning rain never materialized, so that was an added bonus to the day. Dark skies glowered over the 14 riders who started the 50. The forecasts were right about the wind though; it started picking up around 10 AM (and there were even some spots of thick fog that we rode through), and the wind was strong and hurling some mean gusts by the time the 50's started arriving at the finish in the early afternoon.

The race for first place in the 50 was a tight one, but Dean Hoalst and Pay Attention were familiar faces who got the win in 5:20, and Best Condition. The actual first place finisher was eliminated when the horse didn't pulse down. Kristen Maholland and Two Carat Diamond ended up with second place in 5:44. 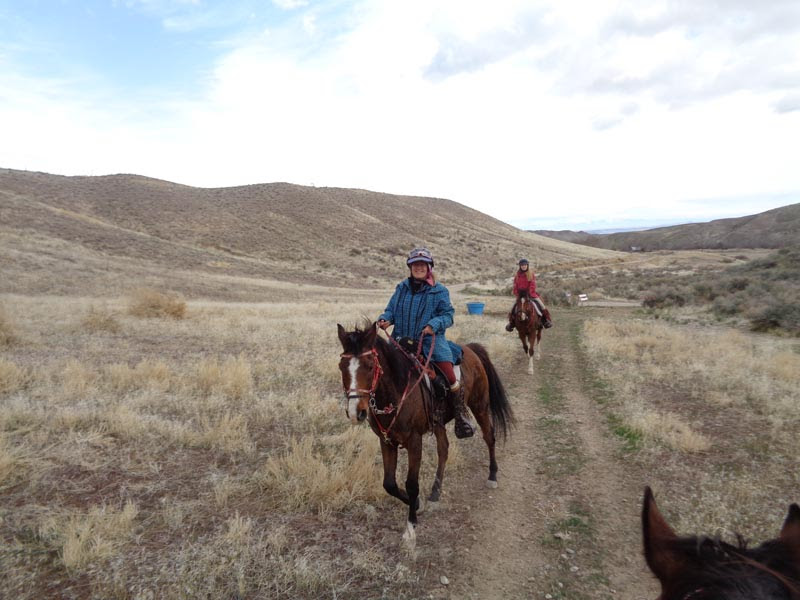 Connie Holloway on DWA Saruq and (first Junior) Sarah Holloway aboard Noble Desperado finished 3rd and 4th in 6:35. 11 completed the 50 mile ride, with the turtles, Roz Cusack on DA Nejwah and Heidi Skerratt on Gold N Beaudayshus squeezing every bit of enjoyment out of the hurricane ride, finishing in 10:05 while the Pickett Crick Ramblers were in the middle of their Saturday evening concert.

28 riders started the 25 mile ride with 27 finishing. Long-legged Hillbillie Willie won the 25 in 2:59, with Karen Steenhof and WMA Proclaim finishing 2nd in 3:05 and getting Best Condition. Linda Kluge and Ted, and Abrie Church (one of our fiddle players) on Ultra Sonnic finished right with Karen in 3rd and 4th. There was only 1 pull in the 25. The riders out on trail survived the winds and hurtling tumbleweeds just fine (really, the wind was worse on Sunday), and the band played on in the evenings, and we've decided that in 3 years of jamming together, we've gotten good enough that we sometimes sound pretty darn good! Anybody need to book a bluegrass band? Our next gig is City of Rocks on June 7-8-9. 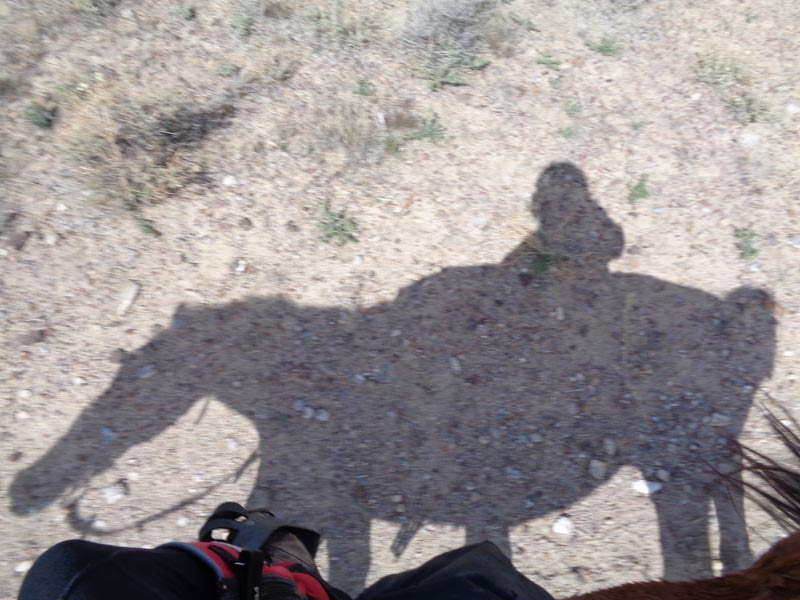 See photos and more of the ride at:
http://www.endurance.net/international/USA/2018OwyheeToughSucker/

Posted by The Equestrian Vagabond at 8:13 AM