What Do You Want in an Endurance Horse? 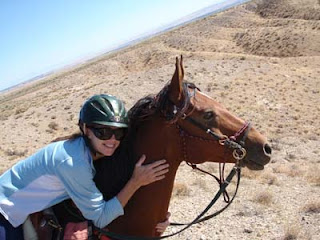 It appears we aren't ALL crazy.

Over 100 of you responded to the poll: "What are the Top 3 traits you require in an endurance horse?"

Despite some of the crazy horses I've seen on some endurance rides, the number one attribute required of an endurance horse is a good brain. A horse with a good brain is less likely to injure himself or you, and he's likely to last longer because a good-brained horse will listen to his rider (and hopefully the rider shares this good quality).

A very close second is good conformation. That will take care of much of another aspect of your endurance horse. A horse with a good build from the ground up - good feet, straight legs, proportional and balanced neck and back will help those muscles and tendons work smoothly over time and distance.

The third most popular requirement of an endurance horse is being smart - he or she knows how to take care of him/herself. We can assume that means a horse will eat and drink well out on trail and in vet checks, and he'll know to slow down and take a breather if he needs one (especially if his rider isn't aware). Some horses will go and go and go down a trail, with no sense of how fast is too fast or how much is too much till they about kill themselves. A smart horse is one who won't do that.

Having a special bond with a horse was mentioned by several people as being important, as was smoothness, and willingness to go forward down the trail. The 3 most amusingly stated requirements were:
"1. Whoa
2. GO
3. A back that fits my saddle."

The best single reason to choose a horse was: "He had the most spectacular mane I'd ever seen!" (I rode with a girl once whose horse had the longest most gorgeous mane I'd ever seen, but it always got tangled in her hands and the reins if she didn't braid it!)

One reader suggested it's important for the horse to have had ample space to run around in his early years, naturally developing and strengthening the tendons, ligaments and bones as he grows up. There are always a few exceptions to the rule, and one doesn't always know how a horse has been brought up, but it's a fact that a horse who will be expected to compete in endurance over many years must have a solid foundation of conditioning. A horse that has grown up building his own foundation will have an advantage to one brought up in a stall.

And that's the great thing about endurance - we don't all have to ride 16.2 hand Arabian geldings with the perfectly manicured 2 inch mane, all going down the trail in the same frame at the same speed with the same comportment. It just goes to show that our horses are as diverse as we riders are, in personality, conformation, and ability - and manes. 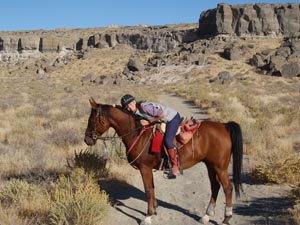 I loved this poll!! Thanks for putting it together and sharing the results with us. :)