The GOP in Owyhee

Kazam is back: Jose's half brother, affectionately known as the Great Orange Pumpkin, or the Hamster. 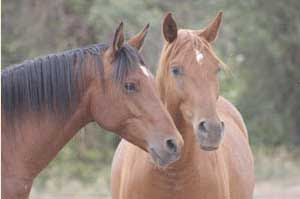 He became known as the Great Orange Pumpkin because he's orange and he has, a time or two, been as round as a great pumpkin. Now he's slimmed down some... 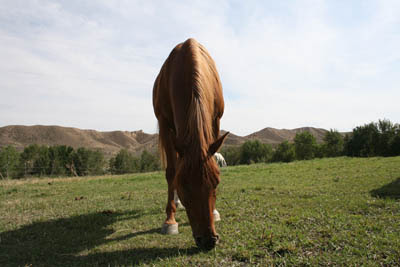 He's been back and forth between trainers enough the last two years - he gets trained, then doesn't get ridden, gets trained again, then hurts himself and doesn't get ridden - that he learns enough and forgets enough to still be green, at 8 years old. The heart is willing, but the mind needs a little molding yet. He's a work in progress. He is remembering how to move off my legs - opening gates is good practice; he's re-learning how to go out by himself - we work on not jigging on the way home: transferring nervous energy into calm, energetic forward motion; he practices standing still until he's asked to move out; he makes his own way bravely through scary places - our jungle driveway, or the neighbor's Little Shop of Horrors yard; he's learning to keep the same pace on the trail until asked to change; on the trail he works on leading, following, moving beside a horse, cantering, backing up. He's not much of an 'uphill' horse yet - he goes better downhill - but he's getting the feel of digging in and getting up hills.

He has been known to buck, but so far (knock on wood!) he hasn't felt a need for that. He's friendly and willing, likes looking around on the trail and stopping to observe the scenery (like Jose), likes getting out and going down the trail.

He's a good little horse. He's Jose's brother - what else is there to say? Posted by The Equestrian Vagabond at 3:19 PM