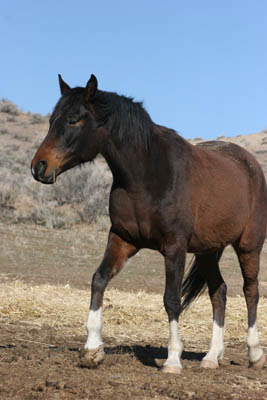 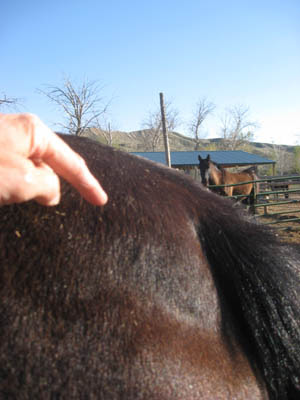 
It's been excruciatingly hard work, but Dudley did it!


He went back on a painful (because it was strict) diet, and he started getting ridden again. Then he had another little break from riding when he ripped a shoe off his crumbling feet (which are finally growing out from a laminitic episode) and got a sore suspensory for a while.


Now he's got shoes on and he's back on a regular riding schedule; but while he is still on the diet and getting exercise, he still wasn't quite losing any of his circumference. We'd always been stuck on tightening the cinch up to 5 holes (OK... and that IS with the extra big cinch).


But today was a momentous occasion:


But we aren't stopping here. Next, we go for the Magic Seven.
Posted by The Equestrian Vagabond at 2:18 PM